I’ve just spent a frightening amount of time trying to explain to my daughter about how, one day, she too will get ridiculously excited over a new washing machine. How appliances can be beautiful. Life-changing, even. How she will marvel at their ability to perform such tasks. But somehow I don’t think she was really listening. Or if she was, it was in total disbelief (her eyes were glazed or maybe she was just crying) and eventually she walked off with that look – you know, that ‘I’m going to have you put in a secure home’ – look.

What she didn’t understand was the hell I’d been through with the previous one. It took on a mind of it’s own some time ago. You know, not washing properly, not rinsing, trying to wake the dead! It smelled funny, trundled across the floor, was always getting blocked up (mainly hairbands and chewing gum!) and looked tired and grubby (I know how it felt). It won’t be for some years yet until she realises what pain a sub-standard washing machine can cause.

So when it finally chugged, clunked and spat out it’s last breath, I knew that it was that time. Thank goodness I’m horribly dull and have taken out kitchen plan insurance for just such occurrences. And in no time (actually at 7am on a bank holiday Monday after a party), those nice men from Comet turned up with a new one.

Oh and what a beauty! It’s black, with a brushed silver door. It’s got lights, an LED display and it plays a cute little tune when it’s finished. It’s got about 30 different programmes and Direct Drive! Yes, Direct Drive! I can hear you gasping with envy! I’ve no idea what it is but, trust me, you want it! It’s breathtakingly gorgeous. And once again, washing harmony has been restored.

That was a few weeks ago and since then, on more than one occassion, I’ve sat watching it silently churning as it’s lights twinkle, it quietly spins and eventually sings me a soothing song, telling me in it’s own sweet way that all is well with my whites. And also, I’m accutely aware that somewhere in the house, my daughter is searching the internet for ‘Homes for Lunatics’. Still, as they bundle me into the van, at least my knickers will be clean! 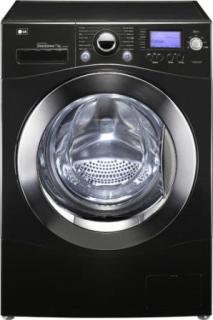 My husband is definitely having some sort of mid-life crisis. He’s bought a pair of skinny jeans, white pumps and swapped Burtons for Ralph Lauren. He’s talked of buying a Porsche, carries a man-bag and has an unhealthy interest in the Polish barmaids in his local pub. Fortunately he is unable to use ‘Regaine’ (something to do with his medication – which in itself, is rather ironic) although a couple of bottles do languish in the back of the bathroom cupboard, for when Magda starts pointing and giggling at his bald patch and he puts hair before care.

I’ve looked into this male menopause issue. Many believe that men go through a midlife crisis when they are in middle age. But apparently, that’s not strictly true. Many middle-aged men do go through midlife crises, but it’s not because they are middle-aged. It’s because their wives are. From the evolutionary psychological perspective, a man’s midlife crisis is precipitated by his wife’s imminent menopause and end of her reproductive career, and thus his renewed need to attract younger women. Therefore, a 50-year-old man married to a 25-year-old woman would not go through a midlife crisis, while a 25-year-old man married to a 50-year-old woman would, just like a more typical 50-year-old man married to a 50-year-old woman. Are you still with me? See, it’s not his midlife that matters, it’s hers. When he buys a shiny-red E-type, Superdry leather bomber jacket and grows a goatee, he’s not trying to regain his youth, he’s trying to attract young women to replace his menopausal wife by flashing his cash and trumpeting his wares.

Well sod it. In my state of disorientation, I shall book myself into the local salon for a facelift, forget to write a will and head off to sunny climes where I intend to task some young Turk with finding my libido.

I may be some time. 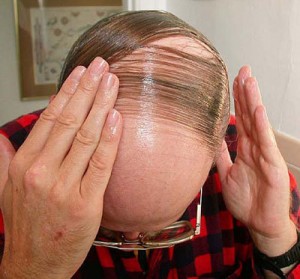