Talking of hair, why is mine so crap?  I don’t think, in the 40-something years I’ve been on this planet, have I ever looked in the mirror and thought – WOW, you’re hair looks fab!  I’ve spent fortunes having it highlighted, tinted, permed, back combed, front combed, and chopped by allsorts of mincing crimpers.  I’ve paid through the nose and out my backside.  And still it’s fine, flat and mousey brown.  Oh and get a bit of heat or wind on it and bingo!  I look like I’m wearing a shit brown helmet.  I could have bought a small principality with the cash I’ve spent trying to look like a Pantene ad.

I suppose I should be grateful that I’ve got some.  Even though I do resemble a rubbish Lego woman! 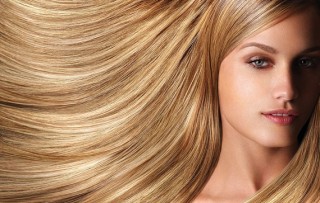 Me
You Will Definitely Walk Alone!
I have just mentioned to Mr H that if he takes his West Ham football shirt on holiday, I shall divorce him.  Or kill him.  Whichever is less messy.  I’m not averse to chaps supporting their teams, but nothing screams I’M FUCKING BRITISH, BURNT AND PROBABLY DRUNK abroad more than a football shirt.  It’s enough that us brits fail miserably to ‘blend in’ abroad by wearing unflattering﻿ clothing over our scorched bodies but the sight of a fat bloke in a Man United shirt just seems to spell trouble.  It’s highly likely he’ll have an equally lardy lady in tow in ill-fitting faux-linen trousers and couple of unruly kids called Britney and Jordan.

I’ve never seen an hunky Italian on holiday in an Inter Milan shirt.  Or a sexy Senor sipping his San Miguel whilst wearing a Real Madrid top.  Nope, it’s just us lot.  In our British uniform.  Eating bacon and eggs for breakfast and complaining about the weather.  So if Mr H thinks he’s going to inadvertently portray me as a flabby Primark-wearing Northern doris, then quite frankly, he’ll be forever blowing bubbles out of his arse!! 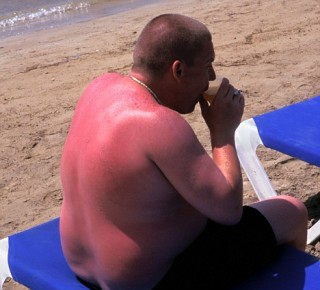 Definitely not me.  I’m blonder.
Jubliee Schmoobilee
I’m wondering.  Did the Queen really enjoy the Jubilee?  Did she really care that Gary Barlow had been round the world just to write her a song?  Did she honestly want to spend 4 hours on a boat in the freezing cold, waving at the prolls, whilst her poor hubby was clearly busting for a pee so much that he ended up eating hospital food?  Did she really want to listen to Jessie J and Ed Sheeran?  Can’t imagine they’re high on one’s list of latest downloads.  I bet all she really wanted to do was spend a few days on the sofa, with a couple of swan sandwiches, G&T in hand, watching The Queen on a loop.
But despite her critics, and trust me I’m no bunting-hanging, flag-waving loon, 60 years for a woman in the same job surely deserves to be celebrated. OK she’s not exactly performing brain surgery, or defusing atomic weapons, but someone’s got to fly round the world, collecting bouquets from eager children clearly forced into it or dining with militant heads of state prior to them nuking Greenland.  And for that she should be honoured.
What bugs me though it that suddenly, everything and everyone becomes British.  Tesco brings out a limited edition ‘British’ sandwich.  You can’t fart for tripping over some sort of red, white and blue paraphenalia and now look at us – we’re all patriotic and blubbing at Kate’s lovely hat.
But you have to admire the British spirit.  We stood in the rain, eating rain drenched sausages and watching the jazz band electrocute themselves as the water seeped into their generator.  But they played on, through scorched fingers.  No other country would.  We’re unique like that.  And I’m sure, under that permanently pissed off face, she was actually rather chuffed we’d all bothered!

﻿
No you can’t have a knighthood Mr Barlow!!