It’s been a funny old year. Actually for us here at WOTE Towers, it’s been a funny couple of years. I didn’t ever really want to write a post about COVID. I’m done with Zoom, the ‘New Normal’, social distancing and self-isolation. I really can’t be doing with any more new phrases in my life than is absolutely necessary. All I will say on the subject is that I successfully grew some tomatoes, spectacularly failed to clear out the loft and ate far too many Curly Wurlies. Which have shrunk to a point now where I have to eat at least 12 to get anywhere near how they used to be! But that’s a whole new rant for another post. Last year was a different C word for us. In March 2019, without any warning, Mr WOTE was diagnosed with bowel cancer. So in the spirit of this blog, the following may seem overly light-hearted for such a serious subject but, despite my general pessimism about getting older, fatter and droopier, when the shit literally hits the pan, the positivity and warped sense of humour kicks in. I believe it’s commonly called survival.

Bowel cancer screening is available for everyone over 60 (50 if you’re lucky enough to live in Scotland). So when the kit came through, Mr WOTE (let’s just call him Mark for the purposes of this blog, for that is indeed what I call him most of the time) duly popped his poo in the post. Fast forward two weeks and we’re sitting in a small room with two lovely ladies who had the awful task of telling us the test results. It’s cancer. Scans to follow, appointments to be made. Suddenly plunged into a world called Colorectal and Oncology. It was surreal. Almost like they were telling someone else. And then they left us to digest the news. So in true WOTE style, we upped and went to the pub.

Shock is a shocker. One minute you’re meandering around Aldi, wondering whether you really need a horse blanket, 14 different types of spanners and a chicken. The next minute you’re not even sure if it’s worth putting the chicken on! But we were incredibly lucky. The scans showed it hadn’t spread so it was time to schedule some surgery to removed the wretched thing. We met the rather dishy surgeon and his team of equally lovely nurses and waited for a date.

Two weeks later and 5 hours on the table, Dr Handsome had managed to remove the offending creature all through keyhole surgery and reconnected his pipes without the need for a bag. What a hero. Mark spent the next day or so in a morphine haze while I sat on the chair next to him muttering nice wife things and playing Candy Crush. The next day I turned up on the ward to find his bed empty. Fearing the worst, I collapsed onto the floor in a gesture worthy of an Oscar nomination. “He’s gone, he’s gone”, I wailed. “Yes” said the nurse, “he’s gone for a wander. Here he comes”. And lo and behold, there he was, arse hanging out of the hospital gown, wheeling his drip down the corridor. No one needs to see that, so I took him home the next day.

Chemo sucks. For something that’s meant to make you better, it clearly makes you feel like shite. A 6 month course was recommended on the advice of the Oncologist, just to make sure the bastard didn’t return. So every 3rd Saturday, we sat in a chemo suite while he was pumped full of poison. Being a Saturday it was never very crowded. We had sandwiches and tea thanks to the WI ladies and the nurses were always friendly and positive. By December it was all done. A final CT and PET scan confirmed all was clear and he was discharged back to the arse team for monitoring. 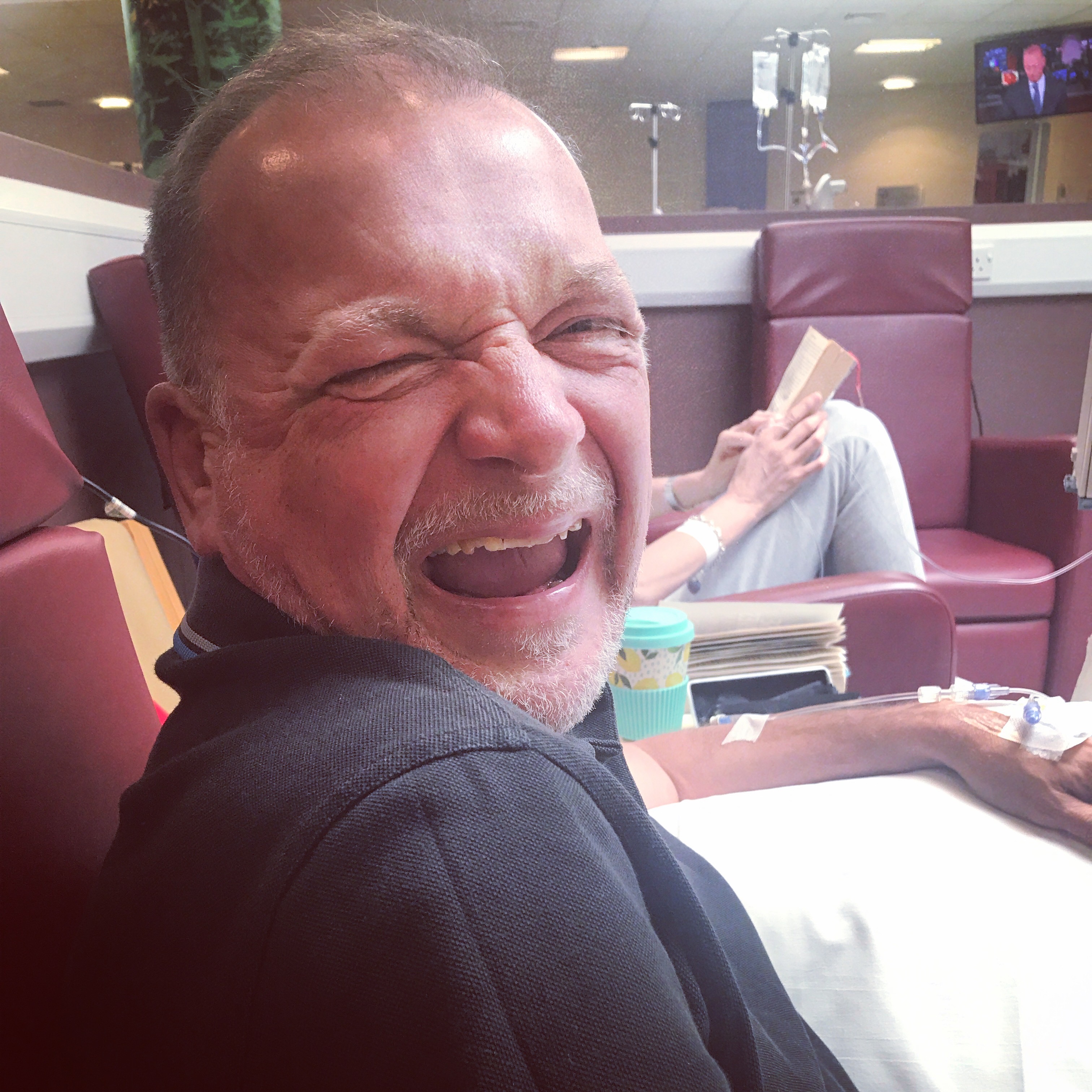 I wanted to write this piece for a number of reasons. First, you never know what’s round the corner. I know it’s a cliche about living every day as if it’s your last, but something like that certainly does make you think. And it certainly doesn’t involve wondering whether you really need a horse blanket. Secondly, and most important, you need to know that bowel cancer is the fourth most common cancer in the UK and the second biggest cancer killer. Over 42,000 people are diagnosed with bowel cancer every year in the UK. And around 268,000 people living in the UK today have been diagnosed with bowel cancer. 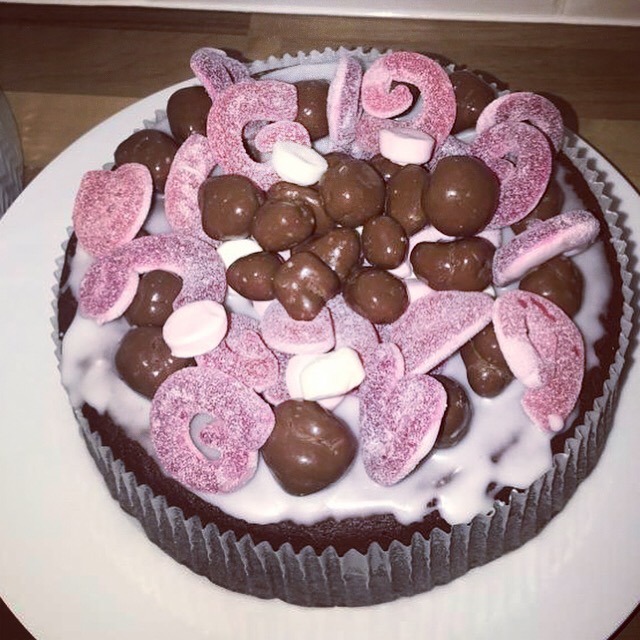 Baking a poo cake for charity!

Bowel cancer is treatable and curable especially if diagnosed early. Nearly everyone survives bowel cancer if diagnosed at the earliest stage. However this drops significantly as the disease develops. Early diagnosis really does save lives. The above facts are from https://www.bowelcanceruk.org.uk – a wonderful charity who support people affected by this shitty disease. Like most charities, they’ve suffered terribly as a result of COVID-19. So if you can spare any coins, please donate. We took part in their Walk Together event last year, did a charity bake and raised over £1,300.00. 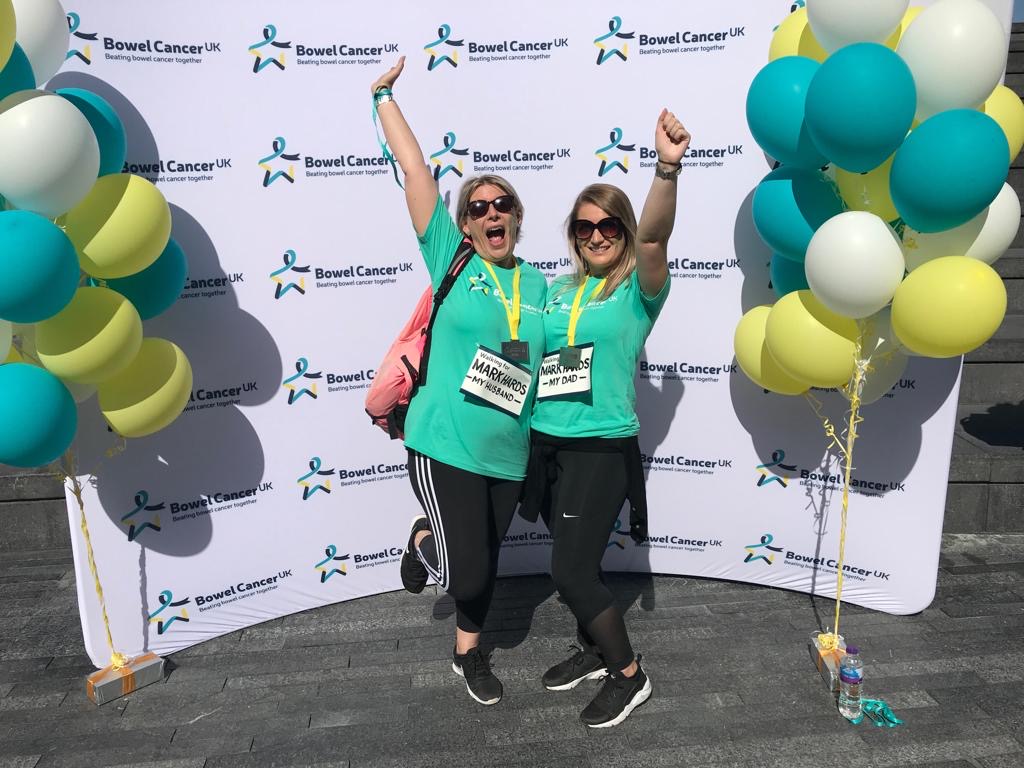 Hurrah for walking 5 miles with a hip replacement!

So, if you’re of a certain age and get invited for a screening, PLEASE DON’T BIN IT. Scrabbling around in the toilet bowl for piece of poo may well be the worst ten seconds of your life. It might also save it. And if you experience any of the common symptoms – bleeding from your bottom and/or blood in your poo, persistent and unexplained change in bowel habit, unexplained weight loss, extreme tiredness for no obvious reason or pain or lump in your tummy, go to the docs and insist they refer you! The quicker you catch it, the better the outcome.